On April 6, 2022, one of my oldest longtime friends left this earth. And April 16th was the Celebration of Life in her honor. My deepest condolences go out to her daughter Lillie, to her fiancé, to her daughter’s father and to her family and friends. The world knew her as Annette Stubbins, to many she was Nettie. But to me, she was and will always be Scooter, a name I gave her as two misfits bonded sitting at the long cafeteria table of Jackie Robinson I.S. 320 in the 6th grade. She was 10, I was 11 years old. As I write, I am filled with Gratitude, not grief.

Two misfits sitting apart from everyone else at the long end of the lunchroom table. I, ashamed of my weird family, our food and our practices, her, bullied by three girls–two called Peanut. One, I could understand because she was small, the other, why she was called that, I never knew. They bullied my friend because of her dark chocolate skin, short hair and full features.

And the irony is that they were the same beautiful chocolate shade as she. But when you hate yourself, how can you begin to see the beauty in others?

When I asked her why she was sitting all the way at the end of the table, she quietly and calmly said she was hiding from those three who used to call her names, slap her and push her around. She never fought back that I can remember. But she never spoke ill of them either. She just didn’t understand why they were picking on her and wanted it to stop.

I didn’t get it either. Why would they wanna pick on her, she didn’t do anything to them. She didn’t talk bad about anybody, least of all, them. She was a kind, gentle soul. But she was also a fire-brand as she got older lol!

And mannnnnnn, could she put away some Scooter Pies! OMG! She ate them like they were goin’ outta style! I personally thought they were pretty nasty, but one day upon observing her wolf them down, I bequeathed her the name of Scooter. I was like, ‘girrrrrrrrl you sure do eat a lot of those things, from now on I’m calling you Scooter! And the name stuck as she adopted it as her slang name. For her glyph, she drew a face with large eyes and a huge grin just like her. 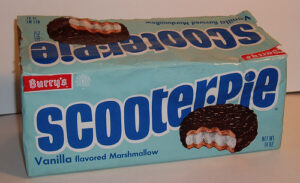 Ours was the time of the 70’s and the Jackson 5, waiting with anticipation for the newest Right On! magazine, sitting on Gwen’s stoop with Michelle and Nancy Brooks going through the magazines and albums, talking about who we liked. Scooter loved Marlon, I mean WHO loved Marlon??? It was either Michael or Jermaine (my personal favorite) and though Gwen’s favorite was Tito, I could kinda see that, but MARLON????! And it didn’t matter how much I may have teased her about liking Marlon, she was unwavering in her devotion.

That was the Scooter I knew and Loved, loyal, loyal, loyal. What a great friend to have. If she was in your corner, you had a rock at your back. 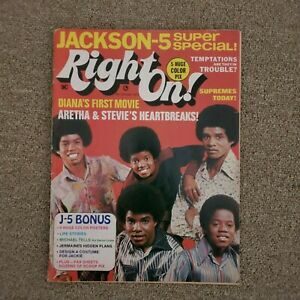 This is the very first issue of Right On! Magazine. October 1971 and I am sure we held it in our hot little hands! It is now selling on Ebay for $997.00 WOW! Who knew?

Those were our coming of age years, where we formed strong opinions about the world and our places in it. We used to have the greatest debates, that clique of me, Scooter, Gwen, Nancy, Michelle and Karen Caulk. That was also the age of being in classes with silly boys that used to make us laugh so hard, gum and thumbtacks in chairs, spit balls and terrorizing the poor substitute teachers. And while we didn’t participate in those shenanigans, we were often the recipients, (especially the tacks in our chairs!) and we laughed at it all.

We were both in IGC class which meant “Intellectually Gifted Children” and were fast-tracked to skip the 8th grade, which we did. You had to excel academically to even get into those classes, let alone skip an entire grade. I was bused to school as it was a mile away and out of my zone, there were times I would pick her up when I could use my pass (there were times of the year we could use the bus pass on the train if you had a certain type of bus pass) and while it wasn’t exactly on my way to school, I would walk many many blocks to pick her up so we could ride the Franklin Shuttle together.

There were also those days our clique would connect on a bus and get off a few stops early to buy all of the artificially flavored and colored candy we could gorge on. And of course, she bought her Scooter Pies. That was also when we experimented with “cigarette smoking” (still don’t understand how anyone could do that). Two of our clique became smokers, Scooter quickly dropped that habit, and I followed after inhaling by accident and feeling like somebody punched me in the chest. And then,

It Was Off To High School

I don’t exactly know how we ended up at the same high school. It wasn’t planned and was wayyyyyyyyyyy the way on the other side of Brooklyn from our homes! Nevertheless, we both found ourselves at John Dewey H.S. in Bensonhurst. John Dewey was an experimental school at the time where the periods were called ‘modules’ and the grades weren’t the typical A, B, C but M, MC and shoot, forgot what the other was but it was the equivalent of failing. Don’t know why I don’t remember because I was on the receiving end of that grade in my first year as I skipped most of my classes. Oh wait! I think it was an ‘I’ for Incomplete.

But not her. She went to her classes and excelled. That was also the year the Drama Bug hit her. And we both found ourselves in Mrs. Meizner’s dance classes, which changed both our worlds. One night, Mrs. Meizner took a small group of us to see Alvin Ailey and that’s when I decided I would have a career as a dancer.

John Dewey was a magical time in our lives and even though there was abuse in my home, going to that school was a respite, a relief where I could for 8 hours not be the child of abuse or a witness to it. Mrs. Meizner’s classes were gold, where we could fly through the air, do splits and move gracefully or percussively. We had free reign to express ourselves.

And Mrs. Meizner’s warmup music for class was Carole King’s Tapestry. We Loved that album.

As I reflect on my friend, I realized that we were ‘Connectors’ for each other. When I sat at home after graduation because my dad wouldn’t fill out financial aid papers so I could apply to colleges, my world was pretty bleak. What was I going to do? For almost six months, I played handball, or sat at home with the periodic baby-sitting job and in the summer of that year, I worked at the neighborhood day care center with three-year-olds. But I had NO direction. It was truly a crossroads for me.

Then one day Scooter called, ‘girl you need to come up here and get an application to audition for the dance department, school is almost free here!’ She was attending City College and was in the drama department. At that time, you could go to the CUNY schools for $78.00 FOR THE YEAR, you just paid the registration fee. Of course that changed after my first semester there lol.

And Scooter was not suggesting that I do it, she was telling me to do it. And when she told you to do something, well, you just did.

If it weren’t for her reaching out to tell me about the program and staying on me to make sure I followed through, who knows where I’d be right now. She helped put me on my path.

I am forever Grateful to you Scooter, for that.

And Then, We Were Adults

Both our careers flourished, we were both dancing and our paths crisscrossed moving in and out of each other’s lives. But we always had a pulse on what the other was doing. She danced and traveled including working with C & C Music Factory which was a BIG deal, that group was monster-huge at the time.  I mentioned earlier that I realized we were Connectors for each other–I hired her for a Ready For The World video in which I served as choreographer and when I needed someone to take over teaching for me at the Leggz Dance School in Long Island, she was the first one I thought of.

I was delighted when she accepted the job, she taught there for decades and the owners and the students absolutely Loved her.

Over time, we saw each other less and less, she took a job as a Court Reporter while still keeping her job with Leggz and our paths went in different directions.

But The Love always remained. After I saw her in the hospital a few years ago, our interactions were very brief, but she would always write “I Love You” in her texts. And I Love her. And am so incredibly Grateful that she was a player in my Life.

The day she departed this Earth, two very interesting things occurred. Both I believe were signs from her. The first was receiving the link to the video above from our mutual friend Cornell Ivy who is also in the video. I HAD NO IDEA IT WAS ON YOUTUBE and hadn’t seen it in YEARS. The copy I have I can’t play and would have to go to someone to transfer it into a video file as it is on a reel.

The second interesting thing that happened not quite one hour later, I had stopped into my neighborhood supermarket and as my items were being rung up by the cashier, a very very special song came over the airways. It was “So Far Away” from the Tapestry album by Carole King that our beloved Mrs. Meizner played in dance class in high school.

“So far…away, doesn’t anybody stay in one place anymore?” Wow. I was floored. What a beautiful message from my beautiful, beautiful Scooter.

I Love You Sis. Thank you for being an integral and important part of my Journey. I sing your praises in Gratitude.

Moving through grief and loss is a Journey, a process that takes time. My friend is free from suffering and I rejoice in that at the same time that I miss her.

Finding outlets to express your feelings such as writing is so therapeutic and Healing. Celebrate the Joy of your Loved One. That will lift you up.

There are products and services as well as events to check out on my site to help you move through the grief process. 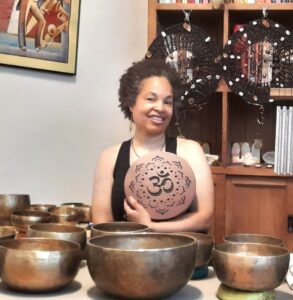 12 responses to “Loss, Grief & Gratitude-A Love Letter To My Friend”