The Slap Heard Around The World–When Will Hit Chris

Home / The Slap Heard Around The World–When Will Hit Chris

The Slap Heard Around The World–When Will Hit Chris

–Or In Other Words, Not Considering Cause and Effect

–And in Some More Words, Disregarding Causality

Now humor me here– if you’ve seen the film Matrix Reloaded I want you to say in the tone of the Merovingian, “cause and effect…” The full quote is, “you see there is only one constant. One universal. It is the only real truth: Causality. Action, reaction. Cause and effect.”

I’ll get back to this in a little bit…

Now unless you were under a rock and have yet to come out from under, you and thousands the world over saw either in real time or afterwards, the slap that reverberated across the globe. During The 94th Academy Awards (or The Oscar’s) and right before presenting the award for Best Documentary, the comedian Chris Rock made a G.I. Jane joke in reference to Jada Pinkett Smith’s hair style which did not go over well with her. And quite frankly, the joke bombed but soon thereafter, her husband Will Smith strode up on to the stage and slapped the crap outta Chris. He triumphantly walked back and once seated, cursed at the stunned comedian not once, but twice to which the comedian replied, “okay!”

It was quite interesting going down my Facebook feed reading some of the responses, particularly to what I had posted. I was in the state of stunnation at what I had seen. At first, I thought what I saw was a bit, a schtick. But when bro’man got back to his seat and hurled the F-bomb I realized this situation was even more egregious and not a joke. I could NOT believe it!

[but I gotta say that Lupita Nyong’o’s reactions kinda cracked me up! It reminded me of when we were kids and somebody did something wrong. We’d be like ‘OOOOOOOOOOOO-OO-OOO!! You’re gonna get a spanking….’]

Basically, no matter on which side of the spectrum you sit, remember that with every action there is a reaction. When it comes to thoughts and deeds, Cause and Effect are ALWAYS at play. Always.

What Exactly is Cause and Effect?

The definition of Cause and Effect is “the operation or relation of a cause and its effect. “cause and effect play an important part in the universe” So this is a Universal Law and we see it in action alllll the time. The key is to understand this law and to be a more Conscious Co-Creator in your Life Experience. Becoming more adept at understanding this law and being Aware of your thoughts and choices helps to you to make more informed decisions. Taking that breath and pause before a reaction whether physical or spoken can save you a lot of pain and hurt down the road.

Many times when we are reactionary as opposed to Aware we end up with a whole heap of undesired repercussions we didn’t exactly have in mind. We are at the beginning of seeing some of the repercussions Will is receiving as well as what has come Chris’ way as a result of his actions. Not only do we hurt the person we lash out at, we hurt ourselves. And affect sooooo many others. Whether was are privy to it or not.

Who Got Dissed In The Fallout?

You see, much of the controversy over the Academy Awards in recent years has been the lack of diversity for POC (People of Color). Well, much was gained in this one but

As a result of the choices made by both men, a lot of firsts and milestones that were set by this Oscar presentation went right under the bus.

First time director Questlove won Best Documentary for Summer of Soul (if you haven’t seen it, run, don’t walk to the closest streaming platform to see this movie!!)

Producer Will Packer (a Black Man) made Oscars history by hiring an ALL-Black production team. Betcha ya didn’t know that. I certainly didn’t. HISTORY.

This is the very first time the Oscars were hosted by THREE WOMEN. Regina Hall, Amy Schumer and Wanda Sykes. HERSTORY.

An openly queer WOC (Woman of Color) Ariana DeBose won for Best Supporting Actress for West Side Story (ooooooo she was good!)

Troy Kotsur is the first deaf man to win an acting Oscar for his role in CODA (which won Best Picture. I haven’t seen that one yet).

There are other firsts that I won’t go into here but the biggest one that went down the tubes is the one for Best Actor! Will Smith went on to win that one and is only the FIFTH Black Man to win in the Best Actor category in the history of the Academy Awards! Now, this was the 94th award ceremony. You do the math. Sidney Poitier, who we have lost recently was the first Black Man to win in that category. In my opinion, acknowledgment of that man’s achievement should have been a part of Will’s acceptance speech.

Causality is Part of A Mindfulness Practice

One of the many benefits of a Mindfulness Practice is becoming more Aware of the role of Causality in our lives. Understanding and being better able to see down the road before taking action is a part of Growth, Self-Discovery and Self-Improvement which adds to WISDOM. Becoming less reactive and not sweatin’ the small stuff is key. Much of what we think is a big deal really isn’t. Wisdom and maturity shows us this.

So much of our stress and anxiety comes from not being able to discern between what is truly important and what is just shit–not worth your time or attention. Letting stuff go is not a sign of weakness but ultimately one of strength.

There were other choices that could have been chosen that night by the players involved that would’ve reaped different results. Can you think of any? Do share below…

Stress got ya by the neck? Check out guided meditation videos to help you reduce stress and anxiety. They are also offered in audio form with a choice of5-6 minutes and a longer deeper session for about 30 minutes. You can also order custom guided meditation audio tailormade to fit your needs. And keep in mind my StressBusters Guided Meditation sessions to book in-person or virtual. 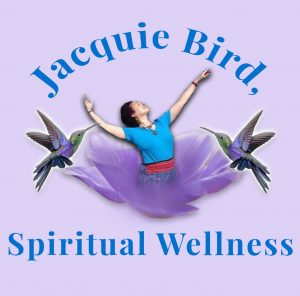