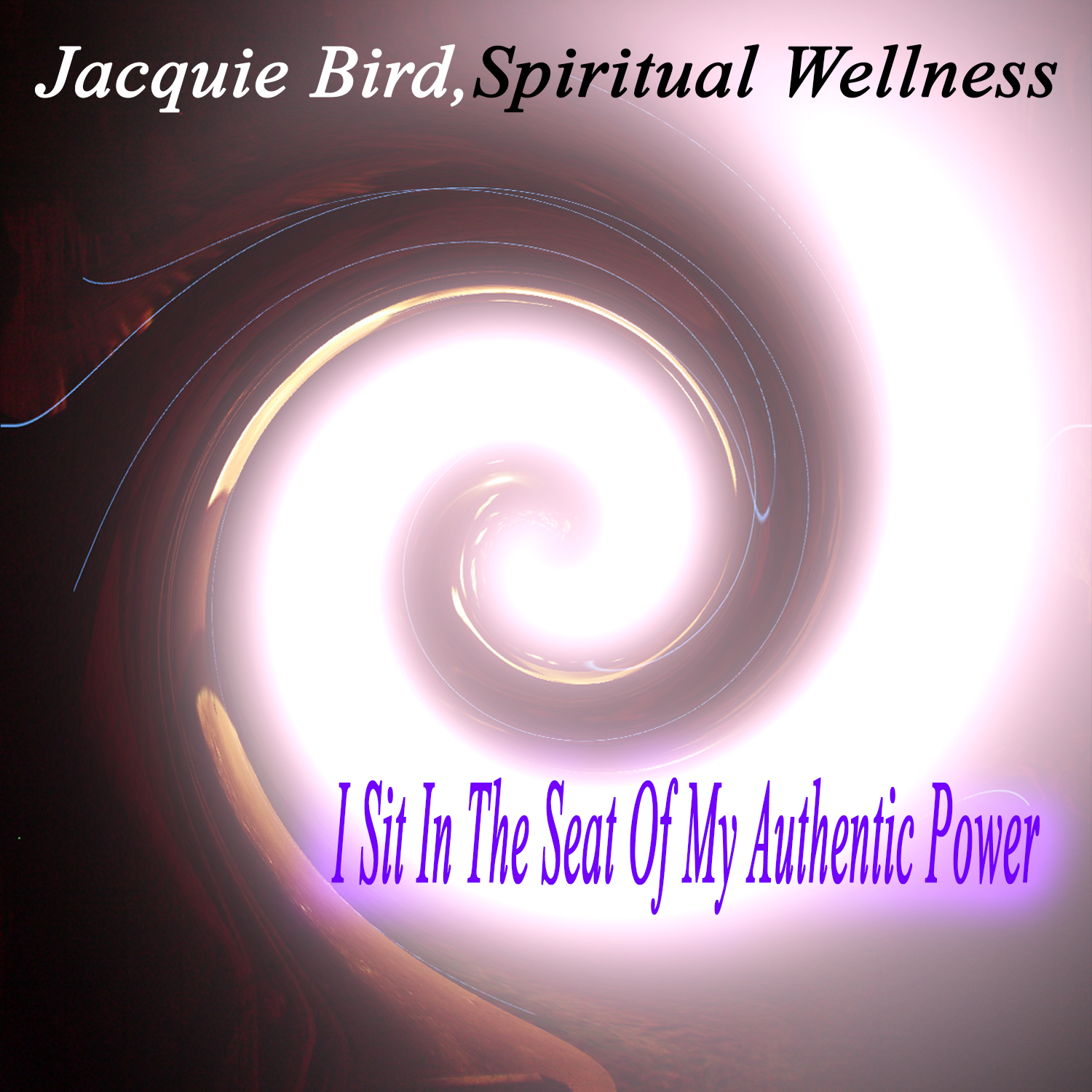 I hate getting into arguments, especially with my landlord. He was yelling at me over some really stupid ish! and sounded like a small child with a temper tantrum cause that’s exactly what it was.

What was the incredibly insane thing he was belly-achin’ about? That “I moved HIS things from a hot radiator in the hallway. At first I was like, he’s got to be joking, he can’t possibly be serious. Oh, but he was. All over the fact I moved things like a rubber hose that I found lying on the side of the radiator. [How far had I moved things? In plain sight about 2 feet away in the same area. Just not near the radiator.

This, from the person who had a gas leak for MONTHS in the building even though I reported it, had the fire inspector called on him (that his money allowed him to get special treatment on), who never shovels the steps to my apartment and takes his sweet time to do the sidewalk, who ran an unsafe furnace that the utility company shut down at one point, and who has the steps crumbling…literally. Ohhhhhh but HE knows what’s safe! But back to him having a hissy fit cause I moved his stuff just feet away from where they were.

I was in StunNation. YOU rang MY bell to tell ME off because I moved YOUR junk not once, but twice from a hot radiator? Now you feel all-encompassing and powerful right?

After realizing he was serious I argued back. Which was error #1. I broke the BCR (the Bird Cardinal Rule) which is as follows: you don’t argue with crazy.

HIM: Don’t touch my things without my permission!

ME: I took it off a hot radiator.

HIM: I KNOW WHAT’S SAFE DON’T TOUCH MY STUFF OUTSIDE YOUR APARTMENT.

(my thoghts): (wey-all, that radiator is right next to my apartment wall…)

I’M THE LANDLORD, IF YOU WANT TO HAVE A GOOD RELATIONSHIP WITH ME DON’T TOUCH MY STUFF! AND THE TOP LOCK, DON’T TOUCH THAT LOCK

HIM: [and this was at the heart of his P.O.V.] sometimes you HAVE to get nasty so people know you mean business.

Oh you poor poor poor poor, small little, man. This from someone who has so much power materially speaking, but is really an unhappy, miserable Human who quite possibly had a really crappy day at work and make himself feel like the Wizard Of Oz decided to unload on me.

And of course, his behavior is reprehensible and no matter how manure-filled his day was, it did not give him license to urinate on me. And what’s even dumber is that we had been getting along for some years, I thought these this stupid type outbreaks were behind us cause ohhhhhhh, did we used to do battle on a regular basis at another point in time. But that was before I decided to change how I react to his stoopid and upon making that adjustment, we got along pretty well as a result.

So I was really stunned by his revisit to crazy.

But that’s what happens when people operate out of their egoic power. One moment the sun is shining and just as quickly it’s a thunder and hailstorm—and you wonder what the hell happened???!!! Folks like that are are basically blinded by what their small little ego wants. WAHHHHHHHH I HAD A BAD DAY AND YOU TOUCHED MY STUFF WAHHHHHHHH. WELL I’M GONNA SHOW YOU! There is no rhyme or reason. Absolutely none.

And what compounds things is that the ‘rule’ he yelled at me about, doesn’t apply to him. Let’s see, he put his hands on a security light I without asking, and basically BROKE it. I made a comment about it before it died a dark death and I wasn’t in the least bit nasty about it—he even apologized! Also without asking me, his put grubby hands on a bucket I had outside to use for himself and friggin’ got cement in it!

Oh but I forgot. It’s okay cause HE’S THE LANDLORD.

All-n-all, this temper tantrum that he threw was shocking to me ‘cause as I said, we had been getting along. So I was maaaaaadddddd, I was so mad I could set the AIR on FIYAH, yet even though I was, I was conscious enough not to lose my temper, because things would’ve just escalated and to what end? How would that have served me? But TRUST ME,. At another point in time it would’ve been GAME OVER DUDE, IT’S ON! and it would’ve turned into a full-fledged screaming match like in times past in that very same hallway. I could see it was AB SO LUTE LEE idiotic but also knew to continue to argue with him was ridiculous on my part. So I put an end to the skirmish and walked away.

But. OHHHHHHHHI did stew about it! Will he raise my rent? He’s petty enough. Will he try to put me out of a place I have lived in for 22 years? Quite possible. but know that anyone that unhinged to pick a fight like that is capable of ann-nee-thing!! He’s petty and vindictive enough, especially when his ego feels threatened.

Yet, for all this PEACE, LIGHT, LOVE AND ELBOW GREASE, PERSONAL GROWTH I’M TURN-NIN’ THE OTHER CHEEK MINDFULNESS PATH I stewed off and on for at least 12 waking hours, and some sleeping ones too, turning fears an anger over and over and over and over. I was ok when engaged on a project, well sort of, but then thoughts like ‘what will it be like when we next see each other?’ ‘Will I speak?’ ‘Will HE speak? ‘Will he raise my rent?’ ‘Will he kick me out?’ ‘How DARE he speak to me that way???? I KNOW he doesn’t speak to any of the other tenants like that WHO THE FLIFFIN FLIGGLE FLAGGLE DOES HE THINK HE IS?!’

OMG this monologue went on endlessly! And even though I knew it was neither productive nor mindful I battled with self. Even though I knew I was giving my Power away and chile I ignored all of my advice and Wisdom, doi-eeeeeeeeee!

I woke up the same way I went to bed, pissed off and not sitting in my Power. Skipped sittin’ on the side of the bed to Ground and Center. But funny thing is, as soon as I sat to put thought to this episode, I reclaimed it! I had a totally different theme in mind, but I realized that what had happened was so much more than someone using their power to disrespect and try to intimidate and bully me, it was actually about the USE of POWER in general, and how people chose consciously or most often unconsciously to wield it. In my allowing his use of egoic power to uproot me from my Authentic Power I was knocked wayyyyyyy off balance. I allowed him to worry me. Oh yes, LET’S BE CLEAR! 9 (to channel) Bernie Sanders lol) Bruhman was out of line, but I entertained his boorishness too long. But that’s okay cause everything is a learning experience in order for us to continue to Grow.

This is what I know:

When I sit in my AUTHENTIC POWER, his egoic power is not greater than I. No matter what he does, I choose to follow the Sufi poet Rumi’s advice and remember to Live Life Like it is Rigged in Your Favor.

When I sit in my AUTHENTIC POWER, I know that I cannot control how another acts and that when you push back against people who operate on egoic power batteries they push back harder and nastier and meaner—you end up playing their game and it weakens you. They go off on their business just fine, and you’re the one left seething.

When I sit in my AUTHENTIC POWER, I remember what my mission is, what I want to Manifest and to return my focus there because True Power is The Present Moment. Worrying and fearing what somebody may do robs You of a True Present, which has the Seeds of the Future and everything you wish is pregnant within those seeds. Worrying and fearing is so counter-productive and you actually turn the egoic person’s negative energy upon yourself over and over and over repeatedly with each retelling of what happened in your mind.

I knew I had to stop replaying the mental movie. Everything is a lesson, “Life is a Spiritual School.”

Authentic Power is operating, and knowing that people like that really feel power-less ‘cause at the end of the day, they may have a bunch of stuff like money, cars and houses and the power to manipulate things as a result of their socio-economic-political standing, but when you treat your fellow Human Beings with disdain, disrespect and disregard their Divine-ness as you look down your nose at them, what do you REALLY have of worth? I am going to quote a line that’s in my eBook 7 Daily Thoughts & Mantras 4 Mindfulness. This was something a woman said to me as we got into a chat about mindfulness and being kind. She had seen what I was reading and struck up a conversation. At one point she turned to me and said, “everything you have accumulated stays right here. You only have YOU to offer on your deathbed.”

Oooooooooohhhhh that rocked me, I mean DANG, THAT WAS SOME DEEEEEP STUFF!

You know we ask artists and celebrities stuff like ‘what do you think your legacy is?’ ‘What do you want people to say about you?’

And you know there are many examples to look at in terms of Authentic Power. One person that comes to mind for me is Tyler Perry. He’s somebody who was HOMELESS for a time, this guy goes and creates an EMPIRE in Atlanta, not Hollywood, the epicenter of the film and television industry, and it has been for eons! Did he allow bullies and nay-sayers stop him? OH NO. he said ‘okay, I see you, but imy Faith and my Authentic Power is with me, so I’m gonna go on over here, buy and build my dream studio on land that was once a CONFEDERATE ARMY BASE and employ a huge numbers of Black and Brown people who don’t have the opportunities to get jobs in the Hollywood industry.

AND. I’m gonna name my soundstages after prominent African American in the industry.

AND. I’m gonna have my OWN Walk Of Fame with stars on the pavement honoring the actors in my shows.

And I got more comin’ down the pike for ya.

THAT. Is Authentic Power. You tryin’ to get yours but you’re also looking to benefit a whole heap of peeps! It ain’t about you takin’ your will and trying to dominate another. That’s not true power, that’s operating out of the ego.

Claim your Authentic Self, listen to what Your Soul guides you to do, speak your truth from your heart, be kind to others, and be kind to yourself. Don’t lash out when angry, even if it’s atchore husband, take time and deep breaths before speaking to fellow Earth Walkers.

Remember, it’s never about the other person, it is ultimately about the only player in the game you can exercise control over…and that’s YOU.

Try this mantra on for size…say to yourself, “I step into my Authentic Power and take my seat.” Repeat. Say that as many times as you need to, ‘cause folks will try your doggone nerves to the core!!!

Remembering to get Grounded and Centered is the way to go!!

There is an accompanying guided meditation if you want some more tools to Ground and Center at www.jacquiebirdspiritualwellness.com/music

To hear the full podcast episode go to www.jacquiebirdspiritualwellness.com/podcast

Reducing Stress—Be An Advocate For Your Well Being

Musings On The Outside. The Coronavirus Diaries Part ll